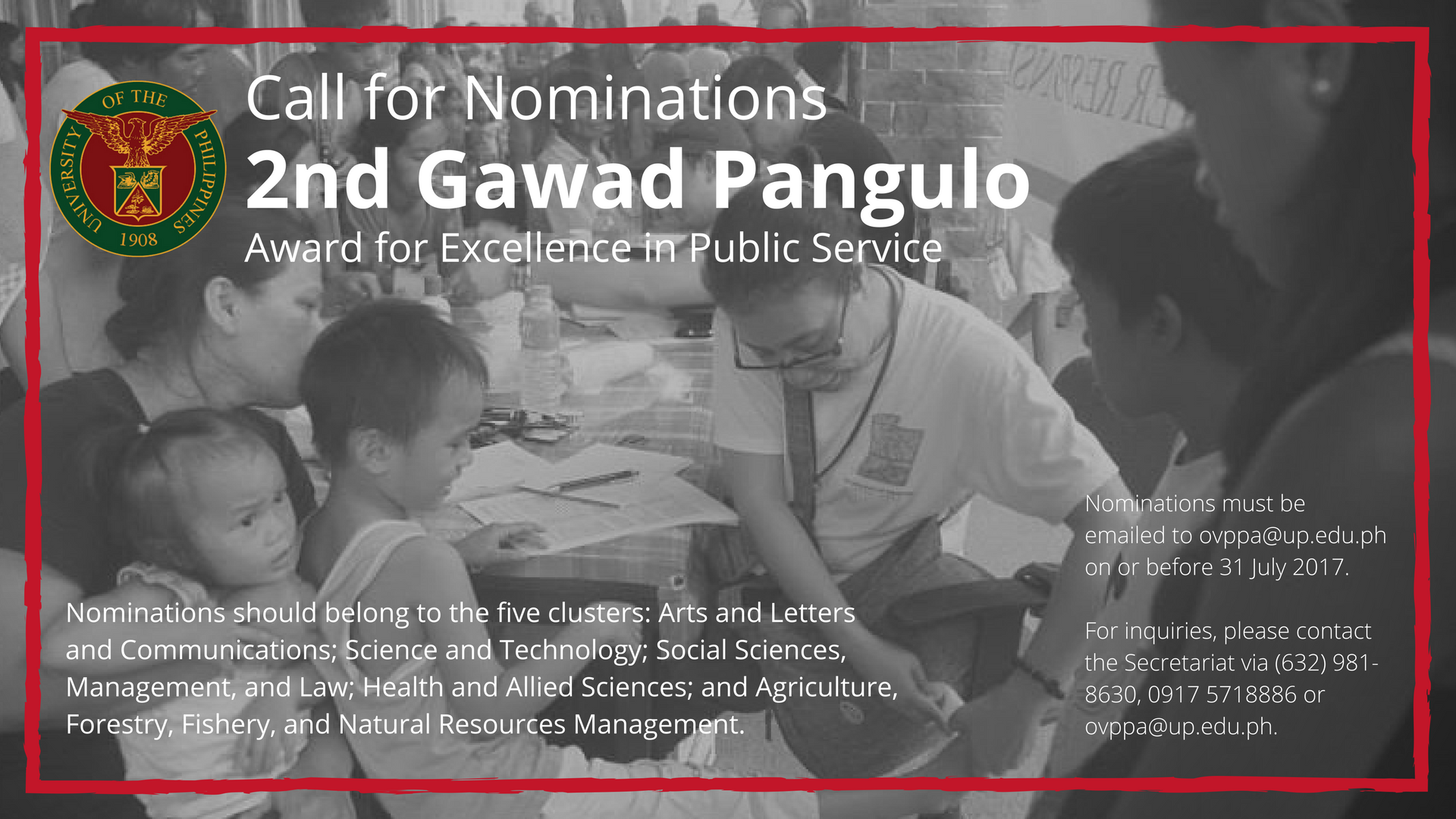 The University of the Philippines, through the Office of the Vice President for Public Affairs, has made the call for nominations to the second Gawad Pangulo: Award for Excellence in Public Service.

Nominations should belong to the five clusters: Arts and Letters and Communications; Science and Technology; Social Sciences, Management, and Law; Health and Allied Sciences; and Agriculture, Forestry, Fishery, and Natural Resources Management. Awardees will receive prize money worth PhP 100,000.00.

Consistent with the message of President Danilo L. Concepcion during the turnover ceremony, the Award seeks to recognize outstanding public service initiatives of various units of the UP System that exhibit compassion (malasakit) to the different publics that we serve.

Nominations must be emailed to [email protected] on or before 31 July 2017, together with a documentation of the initiative, a list of academic and official citations of the project, certification from project beneficiaries, and certification of proper liquidation of funds if the project is funded by government funds. The nomination package is available in the following link: http://bit.ly/2oKnMUp

The winners will be awarded on 5 December 2017, the UN International Volunteers Day.

The nomination package may be found below: