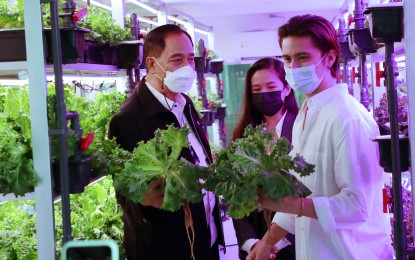 MANILA – In light of the government’s thrust to promote urban farming, the Department of Agriculture (DA) on Wednesday unveiled the Urban Agri Hydro Hub Learning Center at The Pop Up Katipunan in Quezon City.

“This launching serves as our first step in reaching our goal. Today, we established our country’s first urban farming hydroponic research and training facility to overcome food shortages and heal hunger in the Philippines,” Agriculture Secretary William Dar said in his speech.

The project is a collaboration of the DA, the Philippine Association of Agriculturists Inc. (PAA), University of the Philippines (UP) Diliman Institute of Biology, and The Freshest.

Dar was joined by PAA Chairman Roberto Rañola Jr., UP Diliman Chancellor Fidel Nemenzo, Food Security Ambassador James Reid, and Fiona Faulkner and Jeff Oh of The Freshest during the inauguration of the facility.

Dar said the project is an effort of the DA administration to influence people to put up an urban farm to develop a healthy lifestyle and practice appreciation for agriculture.

“I have always believed in the power of urban farming much more amid Covid-19 pandemic,” he said.

Dar said urban farming can cover up to 15 to 20 percent of urban areas, where every space available such as vacant lots and rooftops can be used for food production.

The DA said the new Learning Center is composed of two facilities: the hydrofarm, which can grow 576 heads of lettuce or about 18 kilograms per lifecycle, and the Hydro Hub lecture hall.

Lectures on hydroponics, vegetarian/vegan culinary demonstrations, and pop-ups will be regularly conducted at the Center, according to the DA. 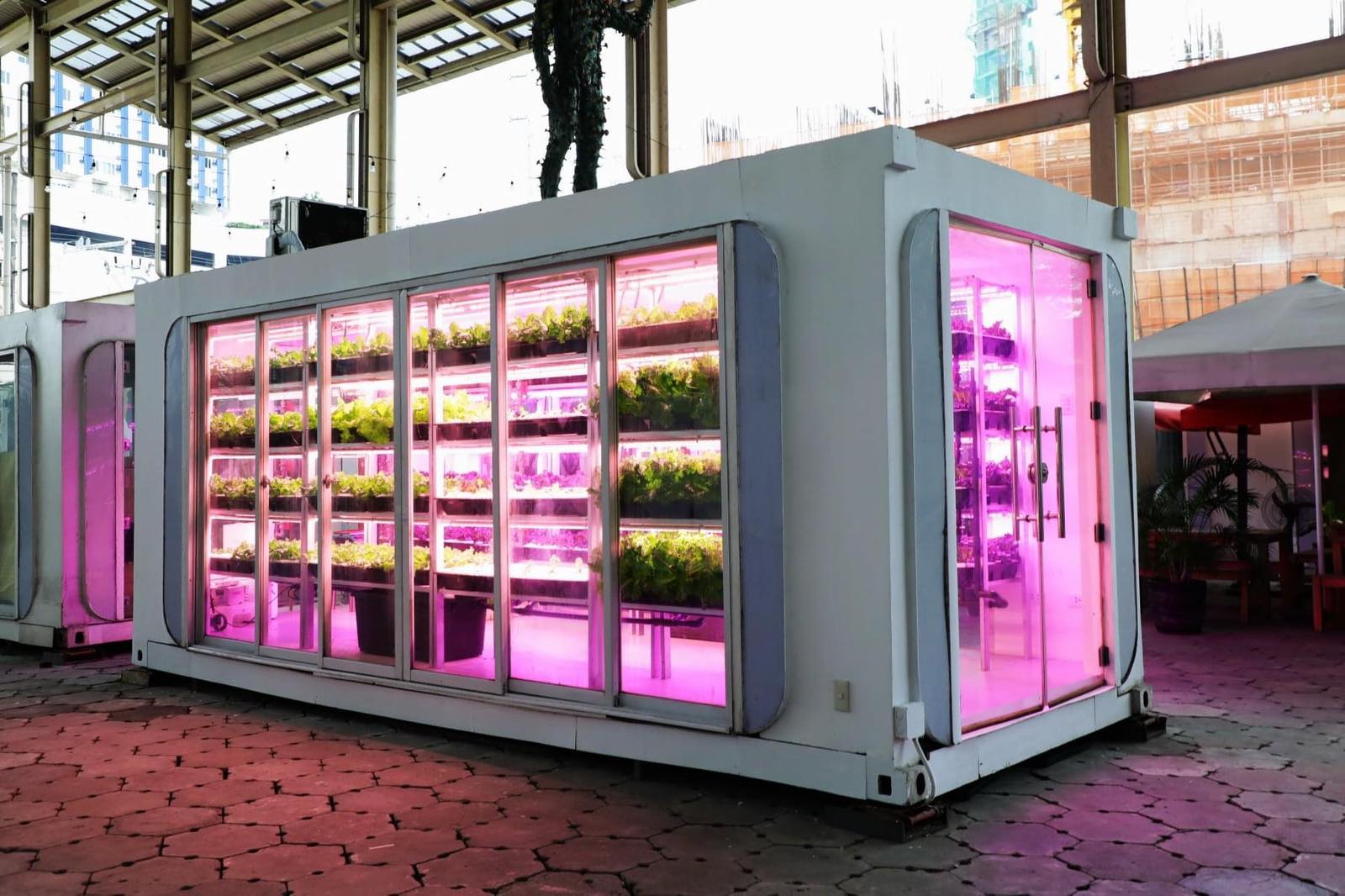 In cooperation with the Department of Education, the Learning Center’s first training program was attended by 39 elementary students from Quezon City, Manila, Caloocan, Pasig, and Marikina.

“I believe that we need the youth, represented by our very own James Reid. He is now the role model for the youth, advocating and promoting urban farming. So, the youth would be the infomediaries,” Dar said, adding that the next training aims to involve high school students and reach out to more cities.

He also hoped that more people will see the facility as a platform with which they can be encouraged to do their own urban farming in their respective homes.

The new facility will also contribute to attaining food security and will make high-value crops available in urban areas. (PNA)

(This article, written by Christine Cudis, was published in the Philippine News Agency on October 13, 2021 at 5:59 PM.)