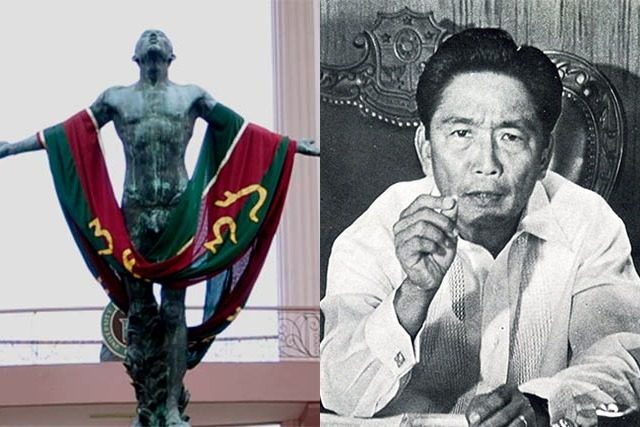 The University of the Philippines is holding a week-long virtual commemoration to honor Filipinos’ struggle under the Marcos regime as the country remembers the 49th year of the declaration of Martial Law.

Scholars of history and social sciences from UP and other universities, including those abroad, are teaming up with human rights activists “to set the record straight” on the myths surrounding the 14-year period and the Marcos regime itself.

According to the state university, the theme for this year is “Dambana ng Gunita: Mga Batayang Katotohanan at Aral ng Batas Militar” and it will go in-depth on certain issues that often fall prey to misinformation which include:

The myth-busting will be done through webinar discussions and conversations on Zoom. Those who are interested can register at this link.

The UP Day of Remembrance is an annual event that aims to enshrine the names and struggles of the university members who fought and made sacrifices in the name of freedom and democratic ideals.

Based on a proclamation signed by UP President Danilo Concepcion in 2018, the institution will hold special lectures, meetings and ceremonies on September 21 of every year to commemorate its contribution to the country’s struggle against dictatorship and tyranny.

The date is also when late dictator Ferdinand Marcos signed the proclamation that placed the country under Martial Law but he only declared it on Sept. 23, 1972.

UP’s virtual commemoration is open to anyone who wishes to continue learning about the country’s history.

Diaz’s film is set in a remote barrio where mysterious things are happening. It is backdropped during the Marcos administration.

“Respeto,” meanwhile, tells the story of a young rapper meeting an old poet who is also a victim of Martial Law atrocities.

The Marcos regime saw the 14-year period of Martial Law rife with curtailment of civil liberties, extrajudicial killings and unsolved disappearances, media oppression and economic recession, among others.

It was a period of impunity where activists, human rights defenders and civilians were arrested and detained following the suspension of the writ of habeas corpus, a legal remedy protecting citizens from unlawful arrests and indefinite detentions.

It was also during Martial Law when the word “salvage,” which originally means to save, became part of the local language to denote extralegal killings.

(This article, written by Jeline Malasig, was first published in the Interaksyon Website on September 20, 2021)